Published in 1936, The Organizationsbuch der NSDAP (with subsequent annual editions), detailed all aspects of party bureaucracy, typeset tightly in German Blackletter. What interested me, however, were the over 70 full-page, full-color plates (on heavy paper) that provide examples of virtually every Nazi flag, insignia, patterns for official Nazi Party office signs, special armbands for the Reichsparteitag (Reichs Party Day), and Honor Badges. The book “over-explains the obvious” and leaves no Nazi Party organization question, regardless of how minute, unanswered. 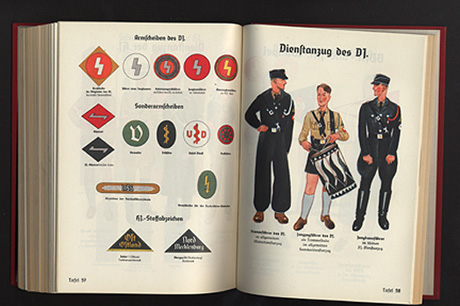 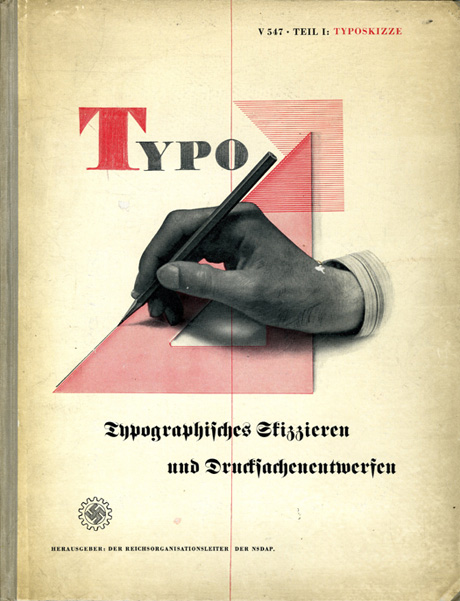 When I noted above that the book was under my nose, I meant this literally and figuratively. Many of the color plates, which visually establish the identity standards, have been reproduced in histories of World War II and the Nazis, without proper attribution. So, I’ve seen some of them before. Also, the Nazis issued a 255 page book, ABC des Nationalsozialismus (1933) by Dr. Curt Rosten, which in a more condensed fashion provided some early Nazi visual standards. It turns out I had this book in my collection all along without knowing its significance. There was a standards manual after all. It just was not what I envisioned or expected. It turned out another record of graphic standards existed where I least expected it: the Reichs Gesetzblatt (Law Journal). When a graphic element was changed by law or decree it was chronicled in this document. 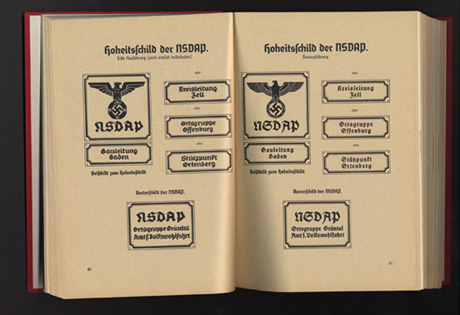