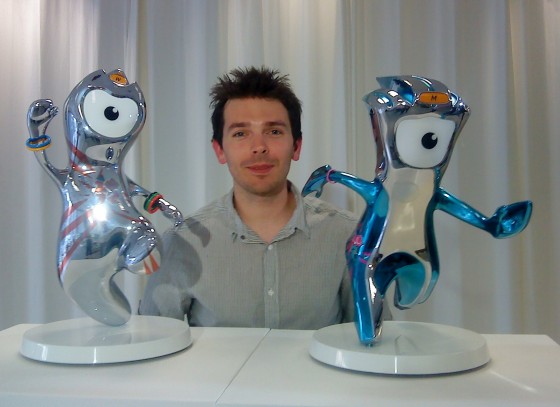 Grant Hunter with the mascots

Eighteen months ago the team at iris pitched against some world-class competition in the advertising industry, as well as some leaders in character design, to win the brief to create the London 2012 Olympic and Paralympic mascots.

“Our brief was to create mascots that would excite and inspire young people and encourage them to get involved in sport. We wanted everyone, especially young people, to be able to take part, so we asked ourselves, ‘Why have one mascot when you can have millions?’ ” says Grant.

“To capture people’s imagination you have to create something iconic – something unique – something as individual as you and me. We have created a flexible design that allows you to make the mascot your own, while celebrating what is great about Britain – our heritage, our culture and our creativity. They are inclusive, because they invite everyone to take part and get involved. They aren’t ‘the’ mascots – they are your mascots.”

“The result is a world first – a multi dimensional, adaptable design for the digital age, which will allow you to customise the mascots online later in the year. And who knows what else, after all we’re just at the start of the journey and the possibilities are endless.”

The story of the mascots has been brought to life in a beautifully animated film written by Warhorse author Michael Morpurgo. It tells how ‘Wenlock’ and ‘Mandeville’ – their names derived from locations of historic significance for the Olympics and Paralympics – came to be.

Both mascots are made from a highly reflective steel and in the story we discover that this steel was poured for the final girder of the 2012 stadium, before a grandfather retiring from work that day took them home to carve them into the their unique forms for his grandkids. They’re brought to life by the magic of the rainbow and they set off on a journey across the UK, where their skin reflects all the wonderful things around them, from places to people. 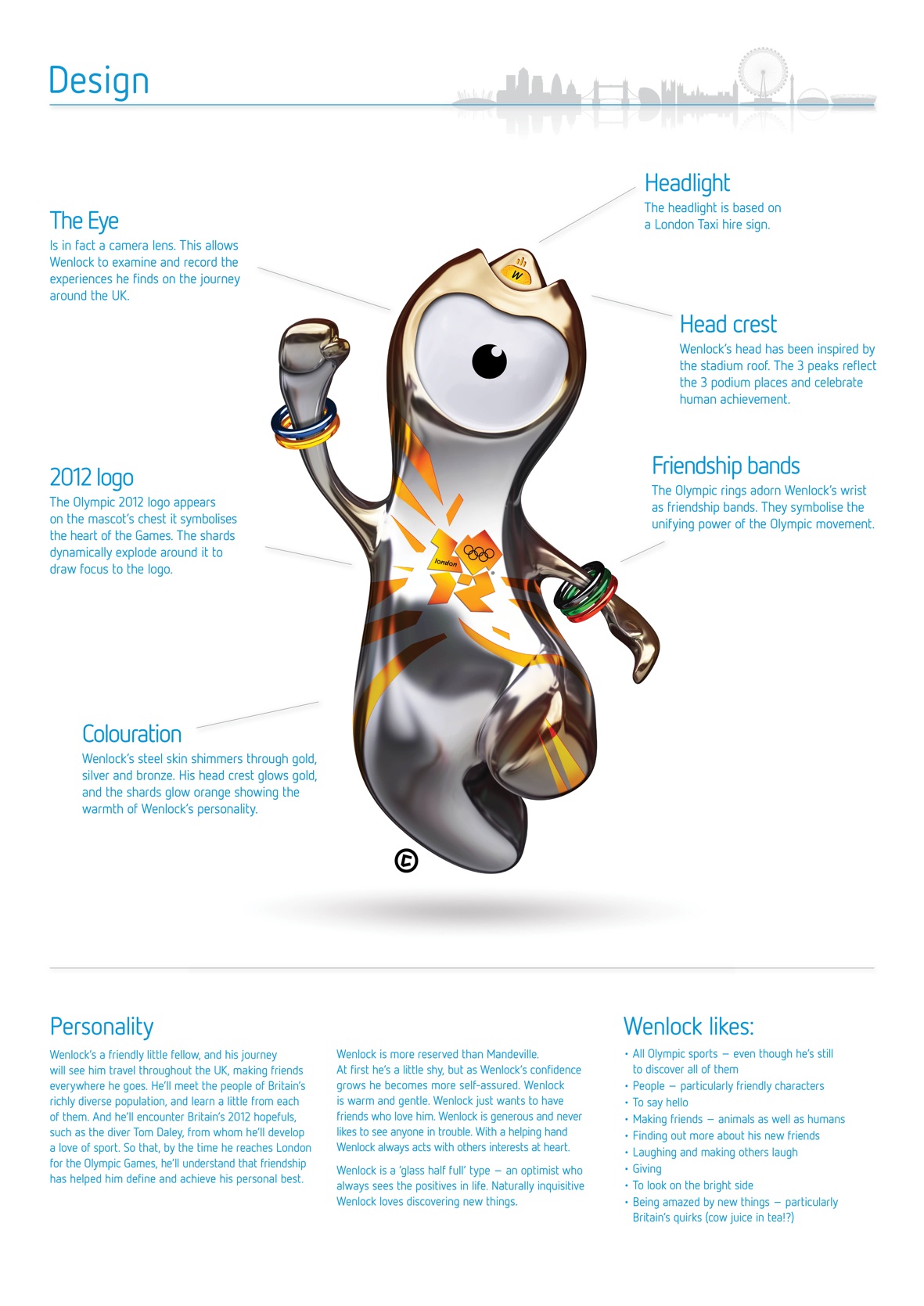 Design features of the Olympic mascot

Design features of the Paralympic mascot

The iris team designed the mascots to reflect sport, as well as London’s cultural icons. They are aerodynamic so they can play sport and they have some subtle design features that remain, no matter what form they take. Some of the design features include: