Photoshop’s developers, Thomas and John Knoll began development on Photoshop in 1987. Version 1 was released by Adobe in 1990. The program was intended from the start as a tool for manipulating images that were digitized by a scanner, which was a rare and expensive device in those days. 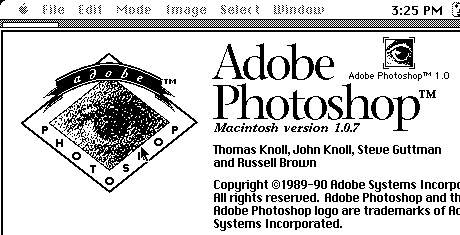 Recently I happened upon a copy of Photoshop 1.0. This is what it looks like. It is a very primitive program by modern standards and doesn’t have a quarter of the functionality that today’s Photoshop CS2 (version 9.0) has. It’s interesting to see how far it has come. 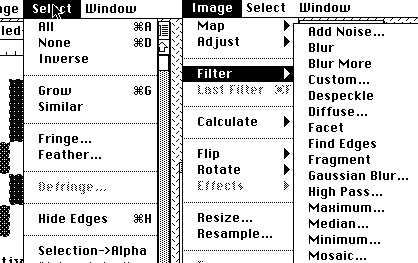 The most obvious thing lacking was layer support, which was introduced in version 3.0 sometime in 1993. PS 1.0 included primitive selection tools and basic image filters/adjustments, as seen above. 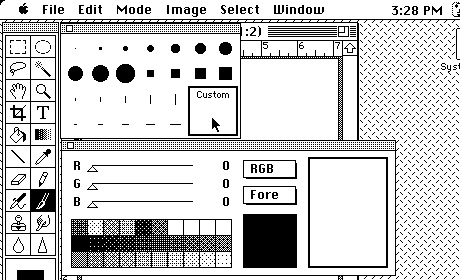 In this picture you can see Photoshop’s whopping two palettes, which let the user pick a brush, color, and pattern. 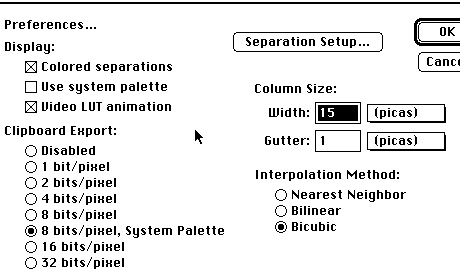 This is Photoshop’s preferences dialog box, believe it or not. You could set up separation, interpolation method, and column size, among others. 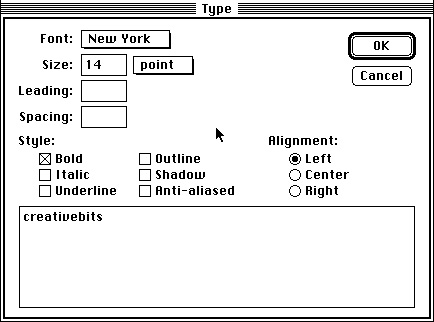 There was even (very primitive) type support in PS1.0, as you can see here. You could set font leading, spacing, style, and alignment — and you had to write your text into the type dialog, after which it was placed into your image. 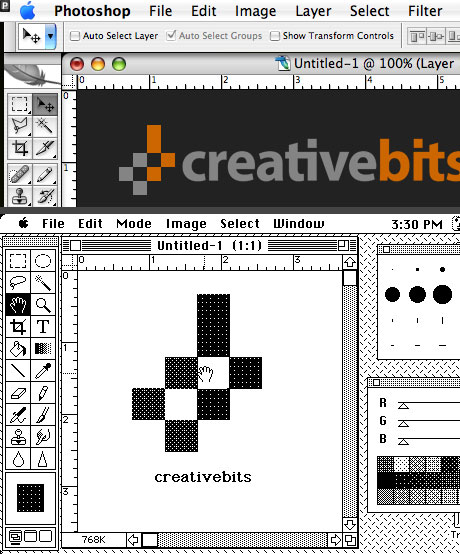 And this is how it looks compared to Photoshop CS2. 😉