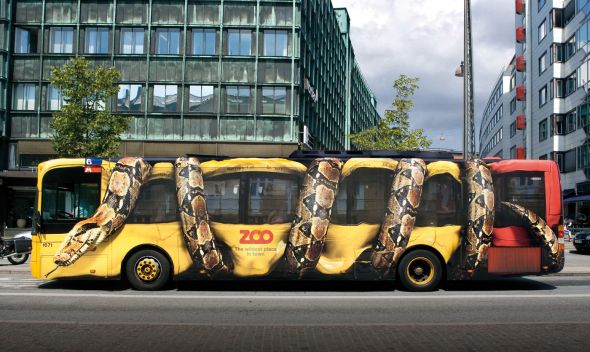 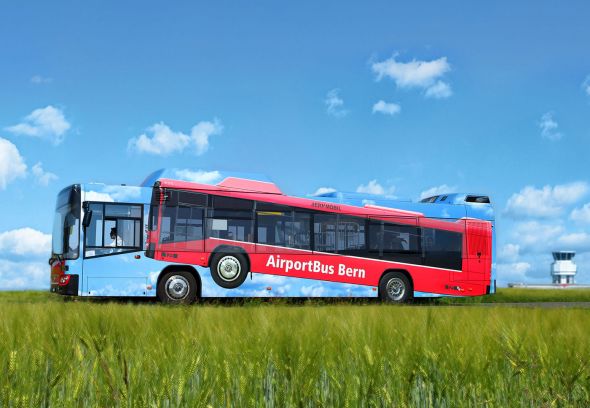 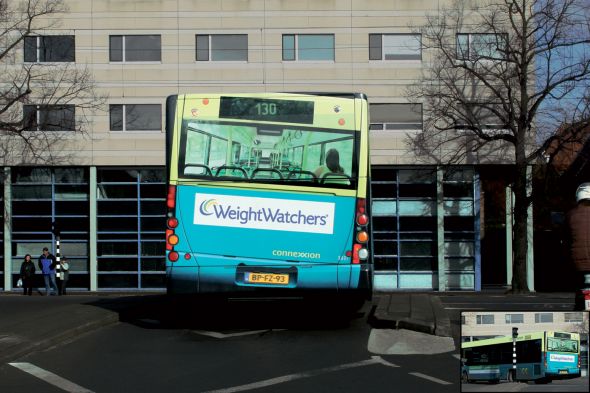 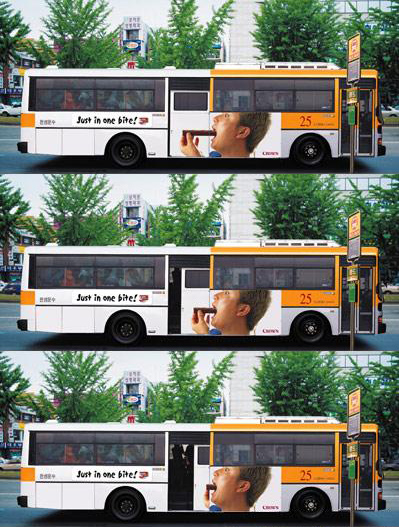 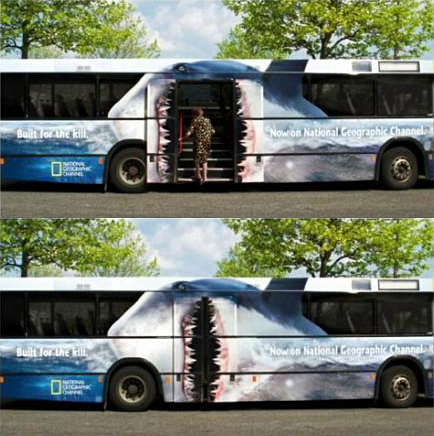 Just One Bite and National Geographic uses the sliding door on the bus. 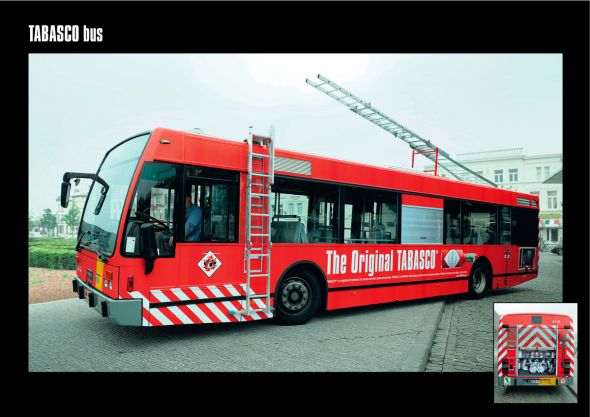 Bus turned into a fire-truck for Tabasco. 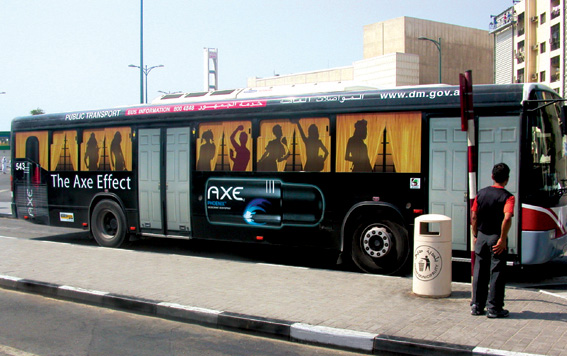 The bus in Dubai has been used to show a house full of girls having fun with an AXE guy. 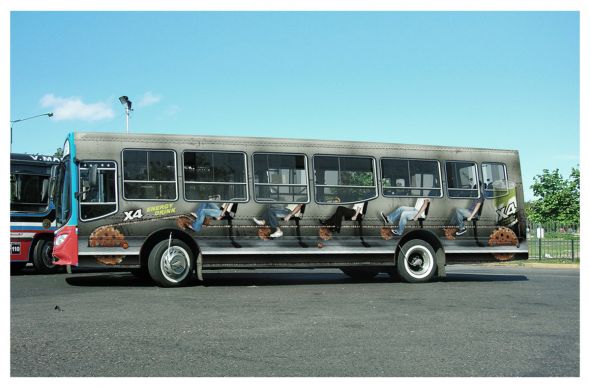 X4 Energy Drink makes the passengers so strong they can power the bus.

The Economist talks to people in high offices: Look before you leap. 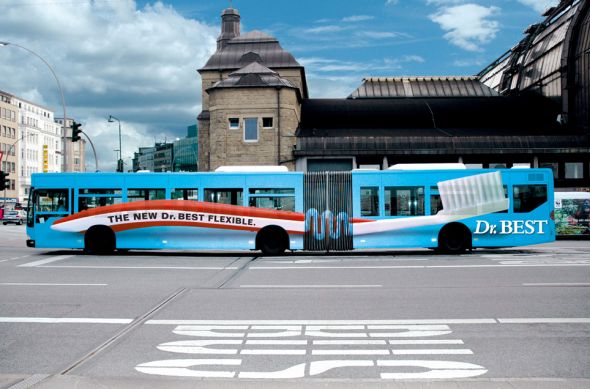 Just what the hell is going on in the backseat? 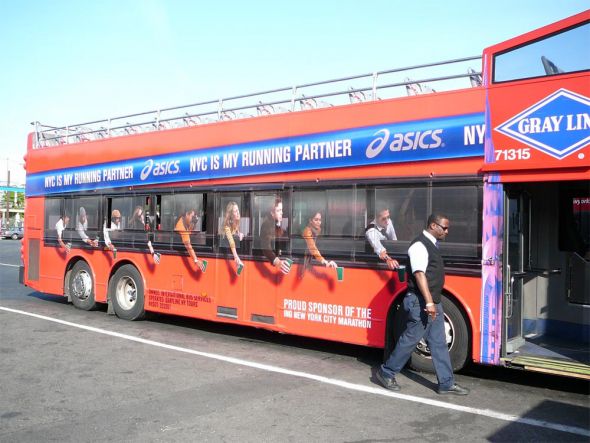 ASICS is a proud sponsor of the ING New York City Marathon. 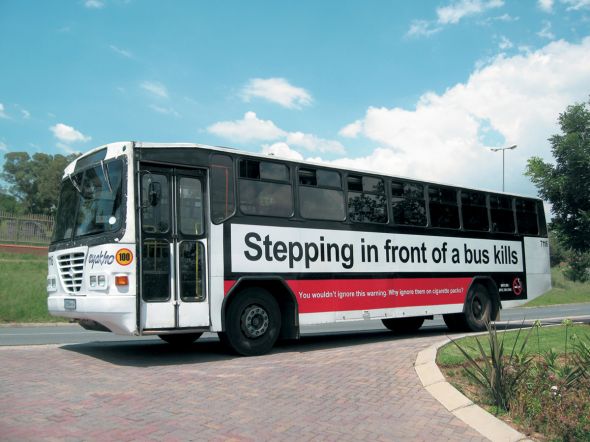 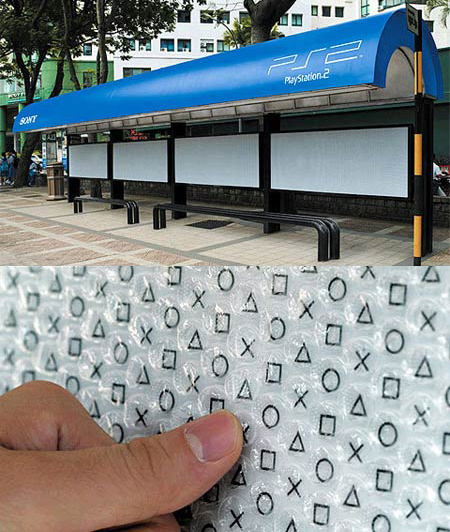 This bus station in Malaysia features boards with bubble wrap to keep you occupied while waiting.

On this bus the bus stop announcements were made by a professional singer to promote an opera event. 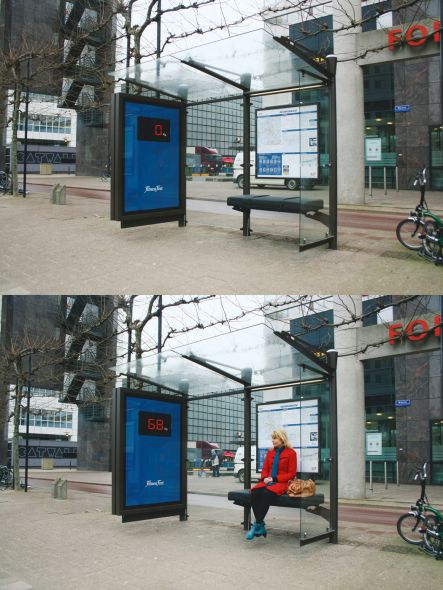 A mini bus shelter created next to the real one to advertise mini Tnuva Cheese.

“Cardboard does not constitute a decent roof over your head.” A reminder that with all the people losing their homes during the economic downturn, donating to the United Way is more important than ever. These were printed on actual cardboard boxes and hung in bus shelters throughout the city. 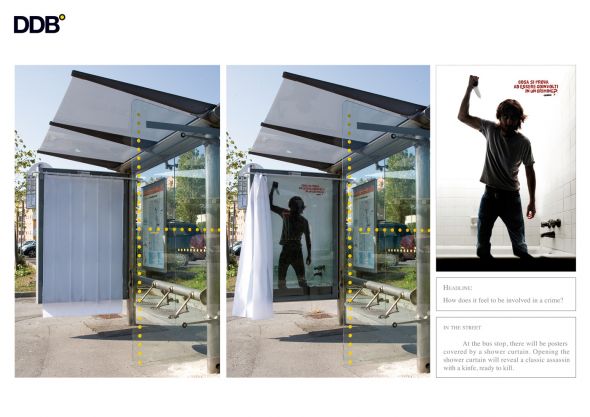 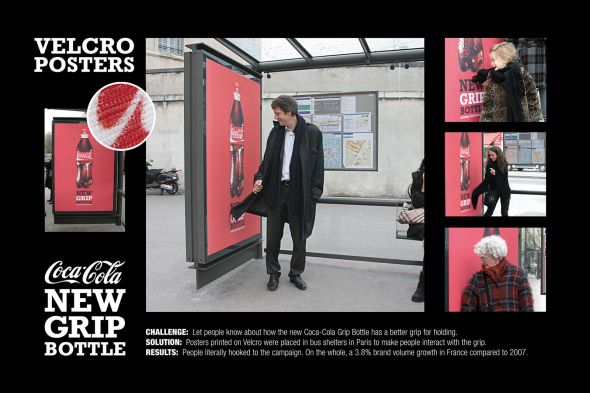 Coca-Cola: New grip bottle. Posters printed on Velcro were placed in bus shelters in Paris to make people interact with the grip. 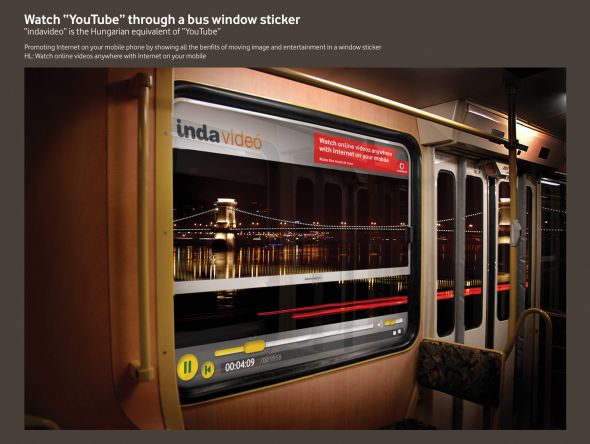 Vodafone: Watch online videos anywhere with internet on your mobile.

Even the ticket serves as a medium for creative advertising.

A steam machine was built to fit inside a transit shelter and periodic bursts revealed a message during a free coffee promotion at McDonald’s.