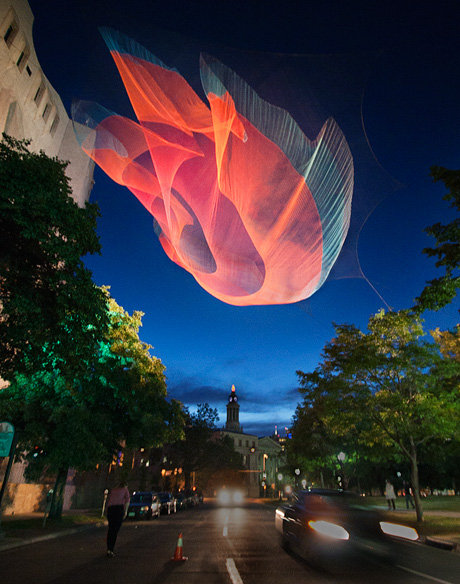 Janet Echelman builds living, breathing sculpture environments that respond to the forces of nature — wind, water and light— and become inviting focal points for civic life. Exploring the potential of unlikely materials, from fishing net to atomized water particles, Echelman combines ancient craft with cutting-edge technology to create her permanent sculpture at the scale of buildings. Experiential in nature, the result is sculpture that shifts from being an object you look at, to something you can get lost in. 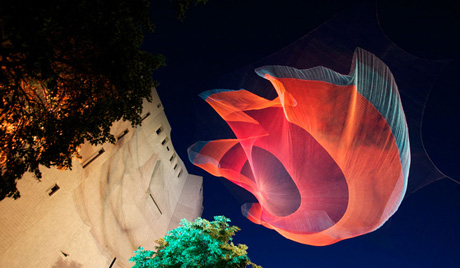 Janet Echelman’s 230-foot-long aerial sculpture “1.26” suspends from the roof of the 7-story Denver Art Museum above downtown street traffic to commemorate the inaugural Biennial of the Americas. 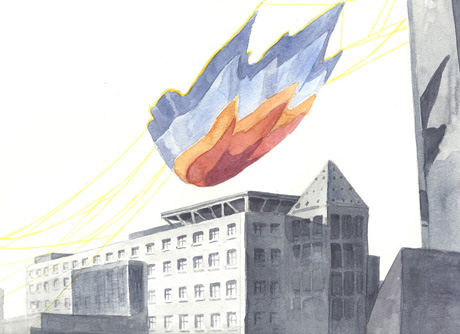 The City of Denver asked the artist to create a monumental yet temporary work exploring the theme of the interconnectedness of the 35 nations that make up the Western Hemisphere. She drew inspiration from the NASA Jet Propulsion Laboratory’s announcement that the February 2010 Chile earthquake shortened the length of the earth’s day by 1.26 microseconds by slightly redistributing the earth’s mass. Exploring further, Echelman drew on a National Oceanic and Atmospheric Administration (NOAA) simulation of the earthquake’s ensuing tsunami, using the 3-dimensional form of the tsunami’s amplitude rippling across the Pacific as the basis for her sculptural form. 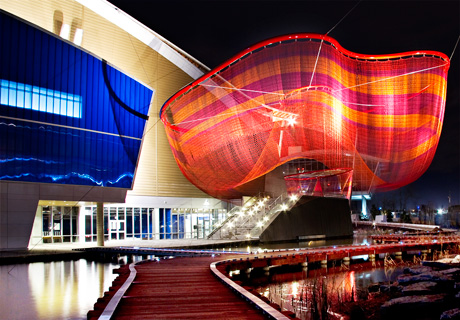 Red-stained cedar boardwalks lead visitors through the artwork. Water purifying aerators draw shapes with bubbles on the surface of a pond that collects runoff water from the Ovals’ 5-acre roof, while suspended net-forms undulate overhead in the wind, becoming sky-lanterns during nighttime illumination. 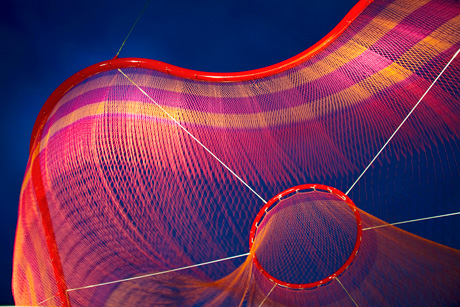 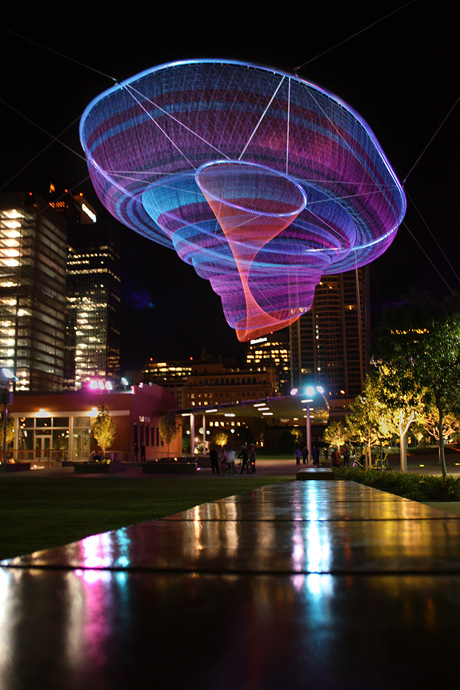 This project makes visible to the human eye the patterns of desert winds. During the day, sunlight projects patterned shadow drawings onto the ground and pedestrians on their daily paths. At night, the colored illumination gradually changes color through the seasons. The large three-dimensional multi-layered form is created by a combination of hand and machine knotting of recyclable high-tenacity colored polyester that is replaced in new color variations at intervals. 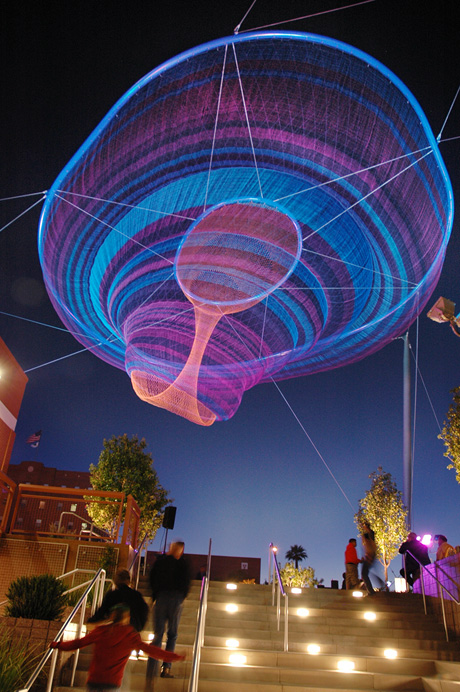 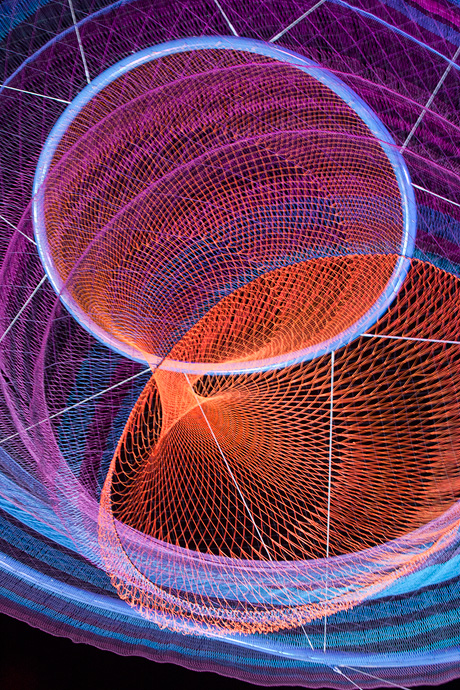 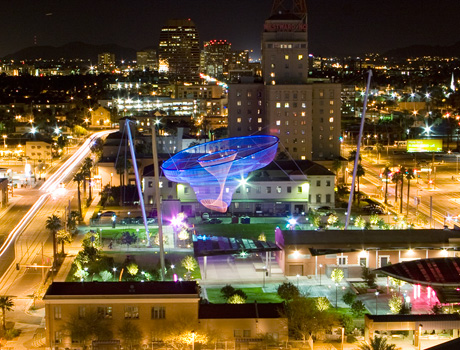