Let me introduce you Top 5 beautiful fonts for photoshop, which can make your composition look more attractively: 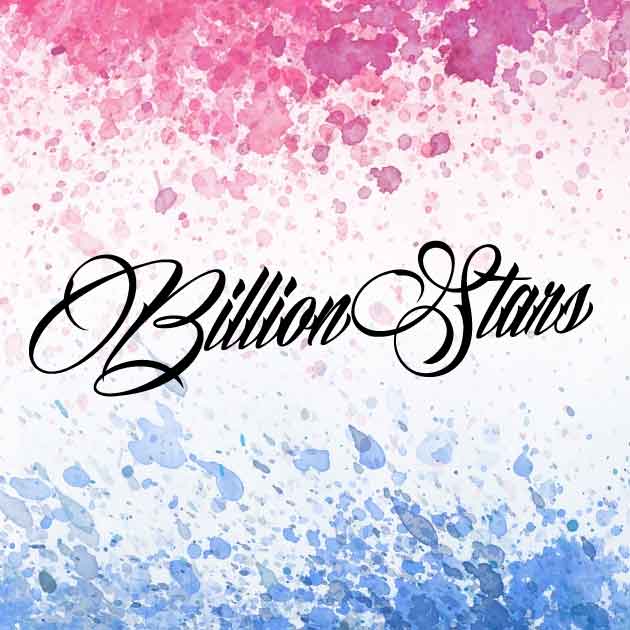 This font was created by Måns Grebäck, Swedish type designer and font creator, specializing in script typography, in 2013. Måns founded his company in 2010 and nowadays it works with such famous customers like L’oreal, BBC, McDonald’s, etc. “Billion Stars” used on product logotypes, headlines, and in advertisements, by a large range of industries worldwide. But most popular, where “Billion Stars” goes, is tattoo art.

High-quality calligraphy font looks really fashionable and beautiful, in “Hollywood” style ’60s. Also, you can download it for your photoshop, supported platforms – Unicode 2.0, Macintosh, and Microsoft. Semi-light saturation, bold style, and fairy italic can remind some names of an old good movies. 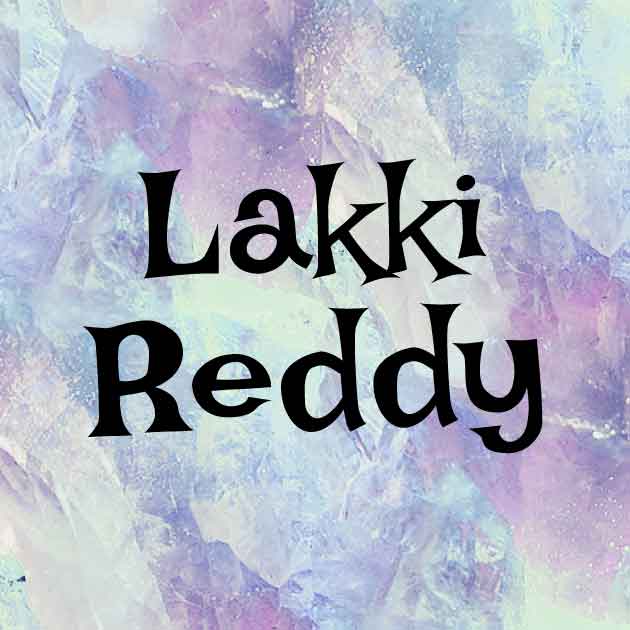 Lakki Reddy is a Telugu display typeface, mainly suitable for headings, posters, and decorative invitations. Use it anywhere you want to use a handwriting style to add informality and personality to your text.

The Telugu is designed by Appaji Ambarisha Darbha in 2013 and made available by Silicon Andhra under the SIL Open Font License v1.1. The Latin is designed by Font Diner, a type foundry in the USA, and originally published as Irish Grover. The Lakki Reddy project is led by Appaji Ambarisha Darbha, a type designer based in Hyderabad, India. Lakki Reddy font contains 352 defined characters and 244 unique glyphs. Lakki Reddy is a fancy, decorative font, which can decorate any idea. 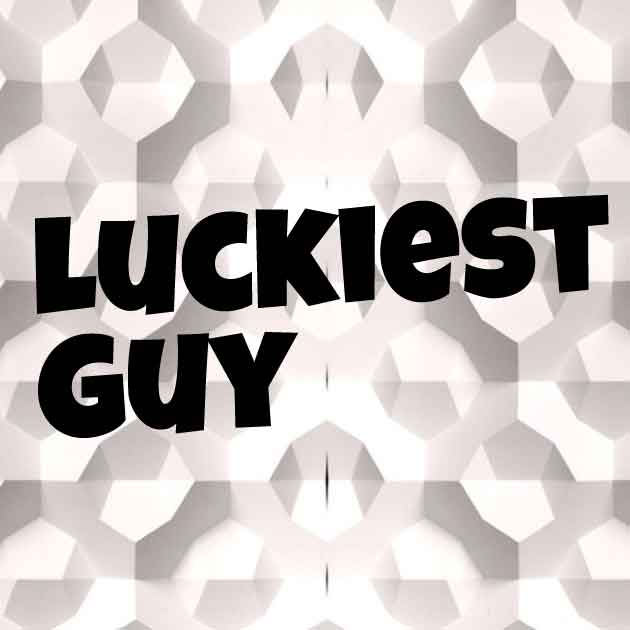 The font with the positive name was created by Brian J. Bonislawsky, creator, headline designer, and “professor” of  Astigmatic One Eye Typographic Institute in 2010. Astigmatic began its work in the 2008 year in Rochester; later relocating to Miami, a more tourist-attracting area, dedicated to bringing fantastic typographic specimens to the public. Luckiest Guy is a friendly heavyweight sans-serif font inspired by custom hand-lettered 1950’s advertisements. Large and in charge, this offbeat, lovably legible font lends itself to all sorts of uses. Luckiest Guy is a fancy font, which looks very suitable in cartoons. The uber-bold unicase letterforms exude charm and light-heartedness, while the SmallCaps and extensive figure sets expand the range of usability and appeal. The font is licensed under Apache License. Take Luckiest Guy for a spin and let him pack a punch for both your website and your design work. 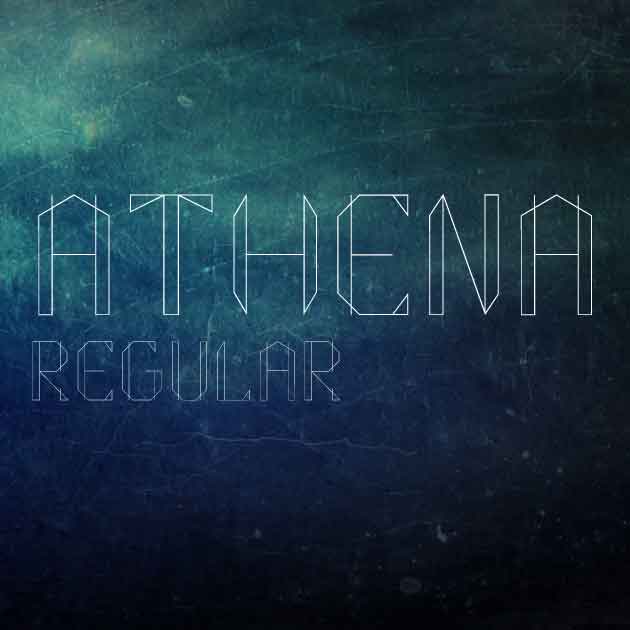 Of course, no doubt, when you look at this font, it’s easy to understand, why its name Athena – cool typeface, that feels like looking at those old buildings from ancient Greece… The font is the only uppercase, includes numbers and some special characters. It comes in TTF format. It was created by Alcor Heidemann, a student from Florianópolis, Brazil in 2012. Typeface created in the Introduction to Typeface Design class at SCAD – Savannah College of Art and Design.

This font was drawn by hand before being scanned and vectorized. The designer maintained as much of the hand-drawn, naturally textured edges as possible to give a unique and personal look. Athena contains only uppercase letters as was said above, lately was added some alternatives in order to impress his monotony. Geometric and unique, this font will make your text memorable. 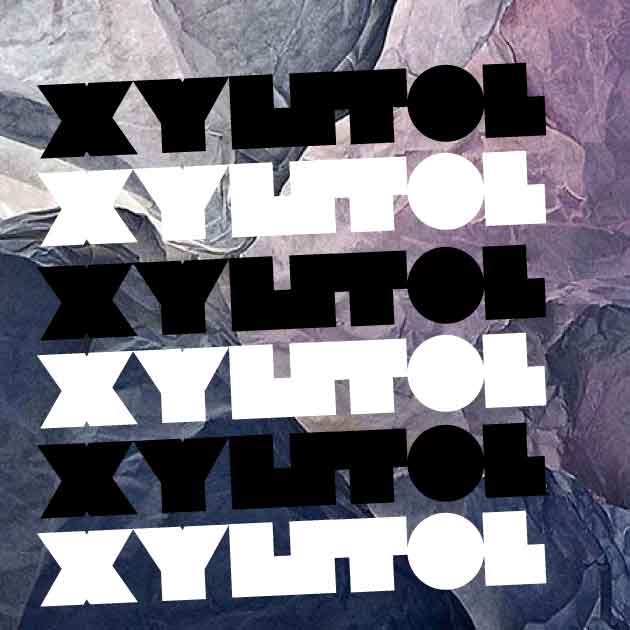 Xylitol is a multiple-layer typeface you can use for creating chromatic, 3D effects.  It’s designed so the letters fit tightly together like Tetris blocks. The font was designed by Canadian Ray Larabie in 2017. He moved to Japan, city Nagoya, in 2008 and founded  Typodermic Fonts Inc.

There are four directional layers for the sides, so you can simulate light coming from various directions. There’s a striped layer that can be used to create a metallic shimmer effect. The Hollow style is made of thin outlines and has multiple uses. Use it on its own for an engineer, blueprint look. Make it black and overlay it on solid colors for a stained glass effect. Set it to 50% gray and use a screen or color dodge effect at around 25% opacity to create a subtle sharpening effect. The solid layer can be offset to simulate a drop shadow. The Xylitol family includes a Solo style, which has more conventional spacing—handy when you need accompanying flat text. An outline style is useful on its own for doing layer transparency tricks. Xylitol supports a lot of languages including Greek and Russian. Remember, that Photoshop ignores the font’s vertical metrics, so you may need to vertically shift some of the layers to align. The diamond (lozenge) ◊ character contains a registration cross-hair to help you get things lined up. Use it, it really cool!