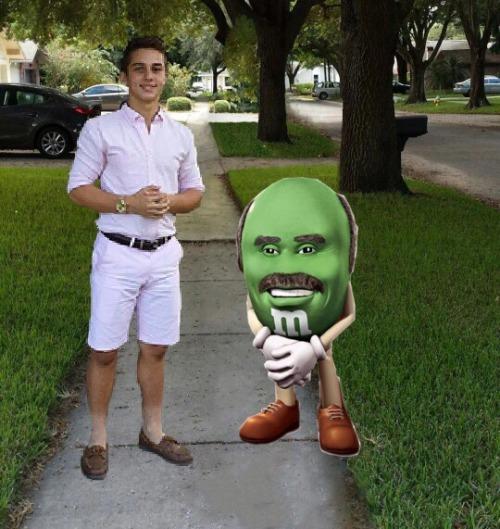 This image refers to a character online that resembles the well-known psychologist Dr. Phil and the green M&M character. This image appeared in 2008 and has since then been widely regarded as a disturbing and scary character.

This use of this image saw a spike in the year 2017 after being used in Sethical’s Youtube video.