This popular image follows a character from Family Guy named Ralph, while he is sitting on a bus. The scene where this screenshot comes from is originally found in the episode labeled “The Simpsons Guy,” in which the cast of Family Guy enters The Simpsons universe.

Later, this image gets captioned with “I’m in danger” developing this reaction image into a meme. Now, this meme is used as a reaction to when an individual might find themselves in danger.

On March 29, 2018, Reddit user FlimFlambadam uploaded this image shown below and gained around 4,800 up-votes. 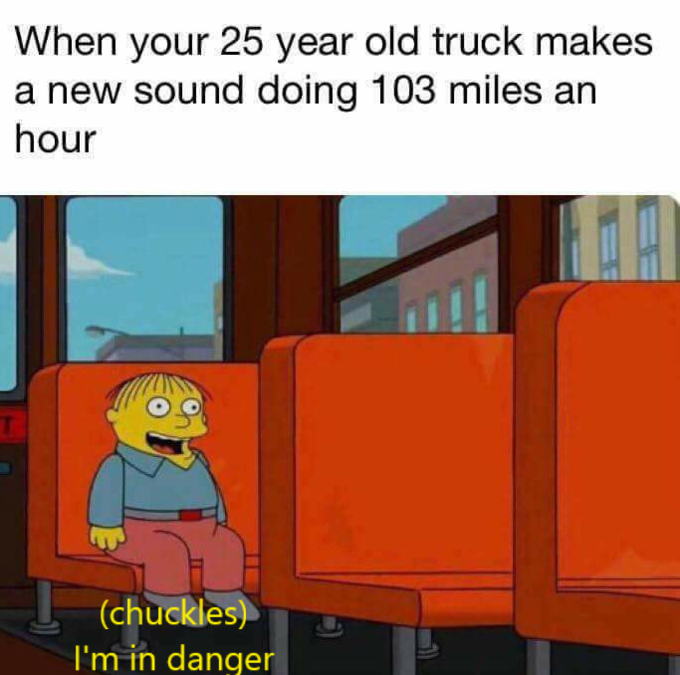 Several hours after this meme was posted, HeDuXe edited the text on the picture gaining around 290 up-votes. Over the next few days, a template was uploaded and used several times by multiple users. One post using this reaction image with altered text received close to 3,300 up-votes.