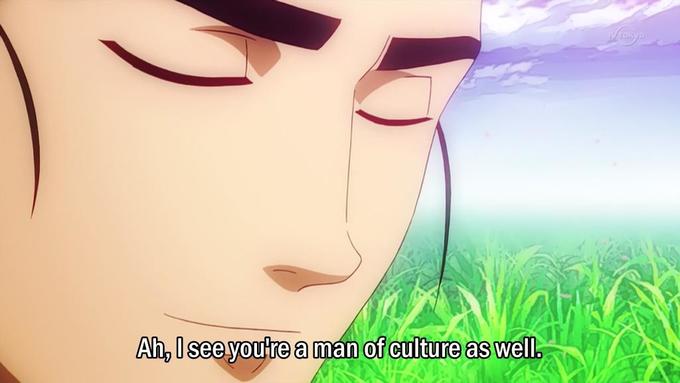 This reaction image, featuring a quote from the character Last Samurai, is made famous from an anime called Arakawa Under the Bridge. In the 9th episode of the 2nd which aired November 28, 2019, this character is shown speaking the phrase “Ah, I see you’re a man of culture as well” when talking about the knot hairstyle to another character.

This meme is often used to express good taste in a specific hobby or in a shared interest.

In 2017, a Facebook post was made in March, with this screenshotted phrase asking a friend to select ‘ass or tits.’ The friend responds with ‘thighs’ and the meme furthers the friendship because the user also likes thighs. This image was then re-posted on a popular Instagram page titled @dankest_memes_m8. 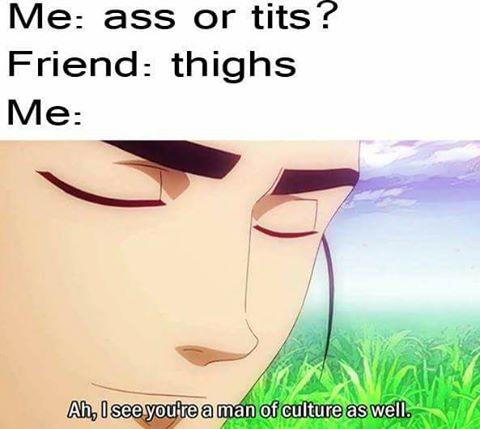 This popular made phrase appeared on Reddit in March of 2017 from a user named Noodletank. His post was a different version of the same meme, receiving over 2,700 up votes. On the 18th of March another Reddit user posted this image joking about keyboards, gaining well over 200 comments and 2,600 votes in as little as 72 hours.