This reaction image with the popular quote “Bro, I’m straight up not having a good time” comes from a parody web series titled Real Bros of Simi Valley. On February 1, 2019, the 10th episode of this series aired, involving Johnny, a character of the series, stating this line upon experiencing an unpleasant situation.

This humorous line started being used as a reaction image just days later. Its first appearance on Twitter was on February 5th, posted by @waddupitscarl, with the caption “when your boss asks why you need to leave early.” This post using this added text along with the original image macro received over 170 retweets and 520 likes. 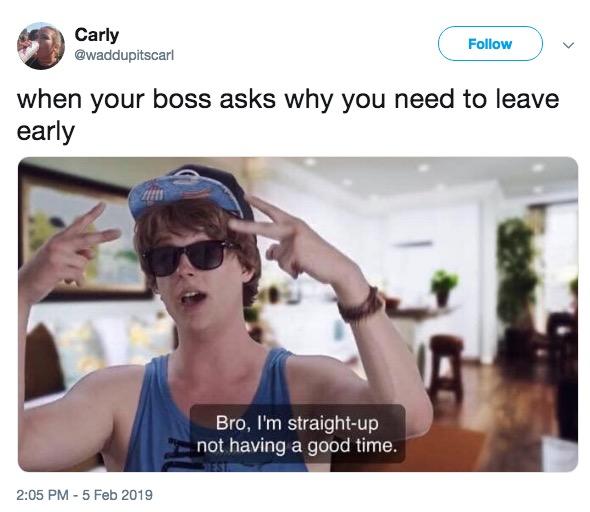 Days later, multiple twitter users copied this tweet, adding in their own text. The same day as this tweet started to gain popularity on Twitter, the image was posted as a joke to historymemes, gaining over 1,500 points.