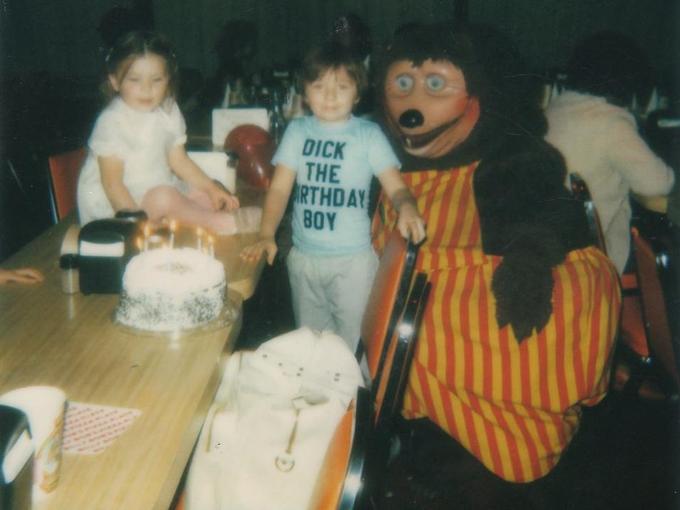 “Dick the birthday boy” stems from a Polaroid photograph of actor Rich Evans, in a video production of Red Letter Media. In the photo, Evans is pictured as a child wearing a shirt that says “Dick the Birthday Boy,” alongside a Billy Bob Bear mascot. This image was used by other cast members in hopes of pranking Rich Evans in an episode, aired November 5th, 2013. In this very same episode a Billy Bear Costume appears coincidentally about 27 minutes in, which the cast doesn’t realize until later on in the show.

In the beginning of 2016 the image appeared in a nostalgia threat, identifying the location to a children’s restaurant chain, similar to present day Chuck E. Cheese. Additionally, the photo spread through the media in February of 2018 as a cursed image. This cursed image post was posted on Tumblr, gaining over 195 points.

In June 2019 the creators of Red Letter Media guest started on a podcast called Bunny Ears, where the true history of this photo was elaborated on.