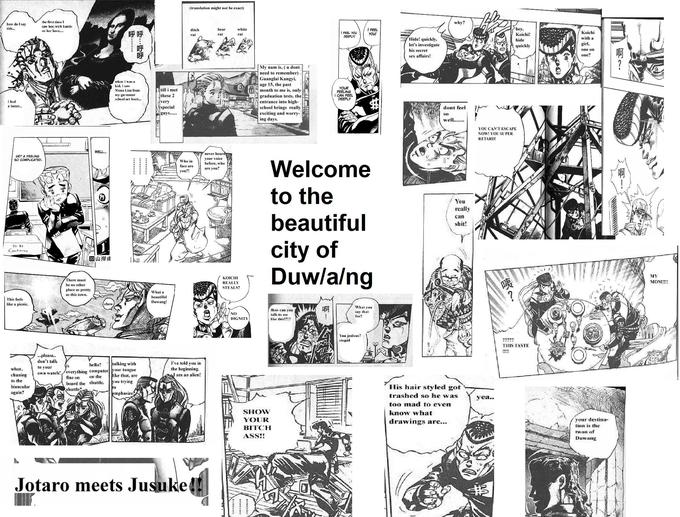 “Duwang’ is a nickname given to the English translated version of a Japanese manga series called Jojo’s Bizarre Adventure: Diamond is Unbreakable. This series gained notoriety within the English speaking anime fan base for its low quality scans and poor translations.

Many of the fan base forums and English translations were done by a Chinese fan for a school project over the course of a month. The name, Duwang, comes from a bad translation of the word Morioh. This word defines a fictional town where this story takes place.

For a while, this Duwang translation was only accessible for the 4th part, which gained a large following within the fandom. In 2013 and 2014 a small group named the Invincible Trio re-translated this piece of work, resulting in a better quality re-translation for fans, while keeping the popular Duwang quotes as a good memory.

Near the end of June in 2015, a YouTuber uploaded multiple pages of the Duwang translation with a voice-over by Joel from Vinesauce. Within 10 months, this video racked up over 178,400 views.