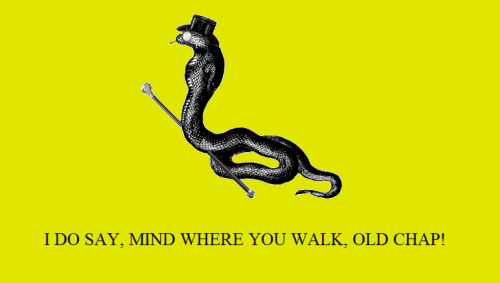 This Gadsden Flag is a well known historical American flag that features a coiled rattlesnake on a patch of grass with a yellow background, flashing the popular phrase “Don’t Tread On Me.” This icon was originally introduced around the time of the American Revolution, but has since become associated with the Tea Party Movement of the 21st century and the idea of libertarianism.

The design of this flag came about in 1775, and was used by the American Navy during the Revolutionary war against the British empire. This snake was chosen as a symbol and metaphor, which was popular at the time due to an early political cartoon “Join or Die.” This cartoon was created in the 1750’s by Benjamin Franklin during the Seven Years War, featuring the American colonies dismembered by sections of a snake (shown below).

It is said that the Marines used the original design first, but the precise origin is still unknown. Colonel Christopher Gadsden saw this design and was so impressed that he ordered an official flag to be created with it, which explains why this particular flag was named after him.

The Gadsden flag has long been used as a symbol of patriotism of America, by members of military and now some current sports teams and their fans. This flag was resurged into a more modern way in 2009, when it became an unofficial symbol of the American Tea Party movement. Displayed at rallies and protests, the design is now a popular subject of parodies and mockeries online.

in 2015, an image of this flag made an appearance on Reddit, with intentionally misspelled words and a new slang phrase “No Step on Snek.” More catchphrases and merchandise involving this flag because increasingly popular in January of 2016, when a photo shopped alternate parody came out with the words “pls no step.” This parody picture earned more than 4,500 points. 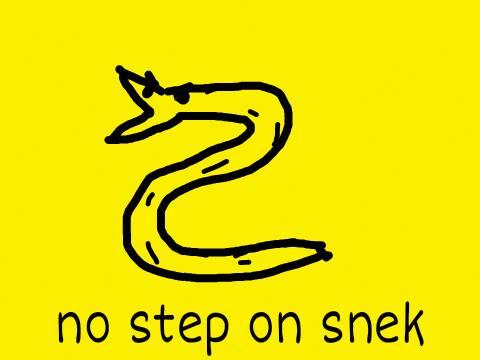