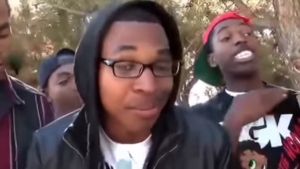 “I’m about to end this man’s whole career” is a memorable quote that comes straight from a 2011 viral YouTube video. A parody called “The Rap Battle,” filmed in 2011 by Youtuber MrDeShawnRaw, also known as Supa Hot Fire, was posted ridiculing the aspects and rules of rap battles. This video has since been deleted but still showcases a well known meme using a quote that Supa Hot Fire said to his rap battle opponent.

In February of 2019, an image of the scene where this quote was used started to circulate an as image macro. This image macro is used in reference to situations when another individuals reputation or social status could be harmed.

This image was previously used on Instagram during the time that the original video was posted, but became incredibly popular again during 2019. A Redditor by the name of MileHighMiracle posted this meme in response to another users subreddit, instantly gaining over 24,300 up-votes in the matter of a week. In the days following the use of this meme, more posts using this exact image macro and quote appeared, gaining increased up-votes and attention by each post.

Here are some examples of use with this image macro. 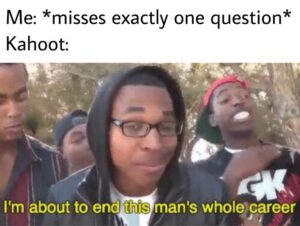 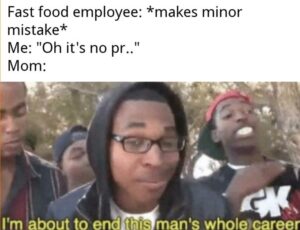