“It was me, Dio!” is a famous quote from a Japanese manga called Jojo’s Bizzare Adventure. This quote is spoken by the main character Dio Brando, as he congratulates himself after stealing a kiss from Erina Pendleton, which is a love interest of his rival Jojo.

This quote appeared in a scene from the third and fourth chapter of a manga series from 1987, titled JoJo’s Bizarre Adventure: Phantom Blood. In this scene, Dio Brando forces Erina to kiss him, just to torment his rival. Dio learns that Erina and Jojo had spent a romantic day together, and after kissing her, Dio immediately gloats about it. Dio says “Your first wasnt Jojo! It was me, Dio!”

This quote gained most of its popularity through its inclusion in the pilot episode of the 2012 anime series premiere. Just days after its broadcast, discussions began to surface about the kissing scene and Dio’s well-known quote.

in the beginning of 2013, a thread was created on 4chan with this screenshot image and quote, gathering more than 55 replies. In May, twitter users posted a photo of the Jojos Bizarre Adventure: All Star Battle fighting game, with this quote as the manual. In the first two weeks of this post being online, it received over 870 retweets and 660 favorites. 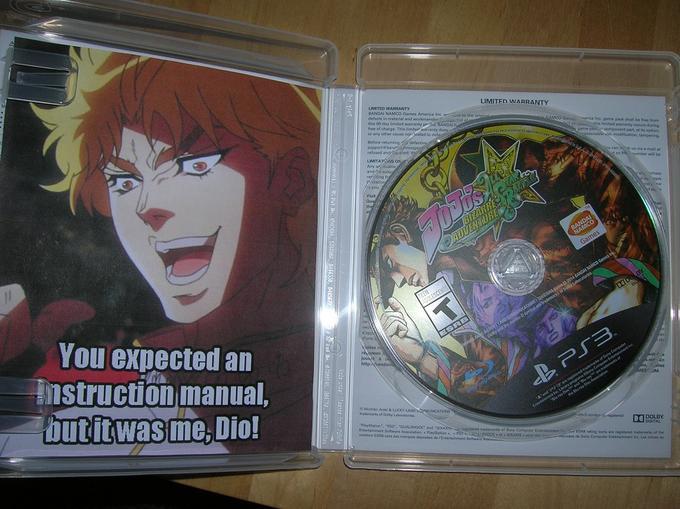