This popular image and quote, “It was time for Thomas to leave. He had seen everything” is taken from a popular animated television series titled Thomas & Friends. This beloved character named Thomas the Tank Engine is the main character of this series, which aired in 1989.

This image is now used as a reaction to something that an individual finds particularly overwhelming.

This image was first used as a reaction image to a twitter tweet on February 1st, 2016 by user @kegan_garvey. This now-popular meme didn’t start gaining attention until the end of 2016. In August of that year, a user posted this meme with the caption “Really, this needs to be used on the internet for ‘time to bail’ reactions.” By December this meme blew up on twitter, having a single post receiving over 300 retweets and over 1,000 likes. 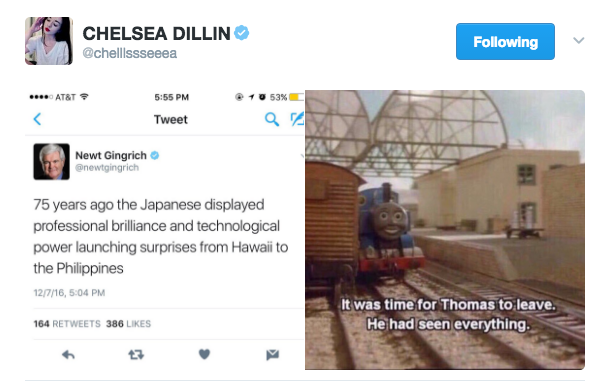