“Karen” is a newly popular slang term used to describe an irritating and entitled woman. It is still unclear as to where this term “Karen” comes from, but it is believed to have started with the popular quote from Mean Girls, “Oh my god Karen, you can’t just ask someone why they’re white.”

In 2020, this term started to apply to multiple white women who would harass people of color, food service workers, retail workers, and passers-by for absolutely no reason.

The earliest example of using this slang term “Karen,” took place on October 20th, 2016, when Nintendo released a trailer for their brand new Nintendo Switch. During this trailer, a woman brings the new console to a rooftop party. Later that same day Tumblr user joematar posted a joke using this scene, “Oh shit, Karen brought her stupid Nintendo thing to the party again. Were DRINKING, Karen. Were having CONVERSATIONS.” Since then, this post has gotten over 23,000 notes. 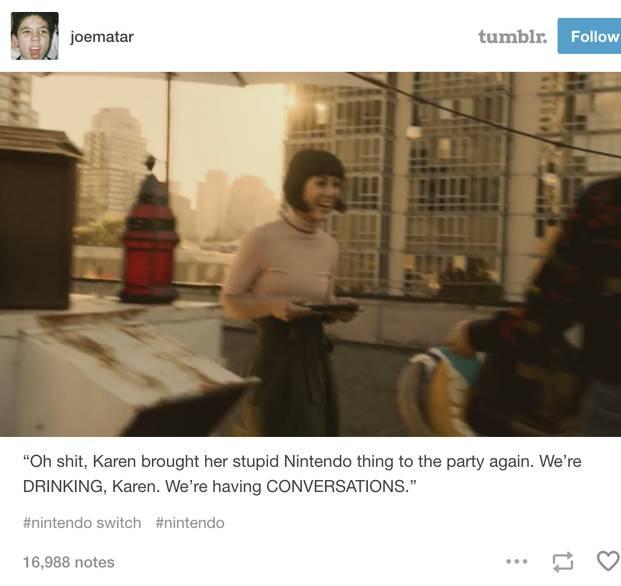 In December of the following year, subReddit user FuckYouKaren was created, devoted to mock the character, and now has over 57,000 subscribers. Jokes found on this page involve the character Karen having a specific style of haircut.

On March 18th, 2018, the first definition of “Karen” was posted on Urban Dictionary. This definition is pictured below.

This slang term became increasingly popular again in January of 2020 after a twitter hashtag started to trend. #AndThenKarenSnapped was used over 9,300 times the first day.