“Marge’s neat potato” is taken from a scene of The Simpsons, which was aired on April 28th, 1994. In the 19th episode of the 5th season, a scene takes place in which Marge Simpson attempts to persuade Bart to take a potato to school for show and tell. After minutes of Bart contemplating what he can show in class for show and tell, Marge comes up with a potato because she thinks they are neat. Thus, creating this image and quote.

Screenshots of this image with this caption are used online by people in order to illustrate what they like.

A YouTuber user called sitsitsitonyou posted a video clip of this scene on December 26th, of 2010 and has gotten almost 122,000 views and over 1,100 likes. The following year in October, Reddit user bookey23 posted a screenshot of this image with the spoken caption, gaining 152 up-votes and 17 comments. 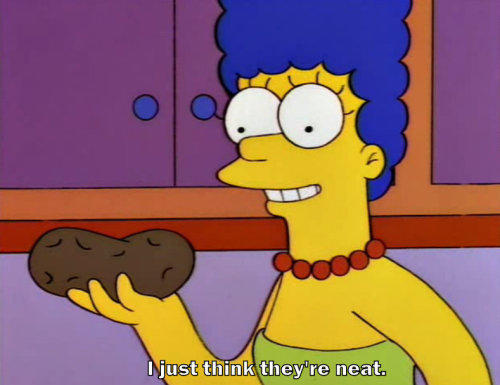 In the following years, this image became a popular object labeling meme,  photoshopping different images over the potato. An example of this would be a Facebook post on August 13th, 2017, where a user-edited the image to show a liking of their significant other. This version gained around 7,600 likes and reactions. 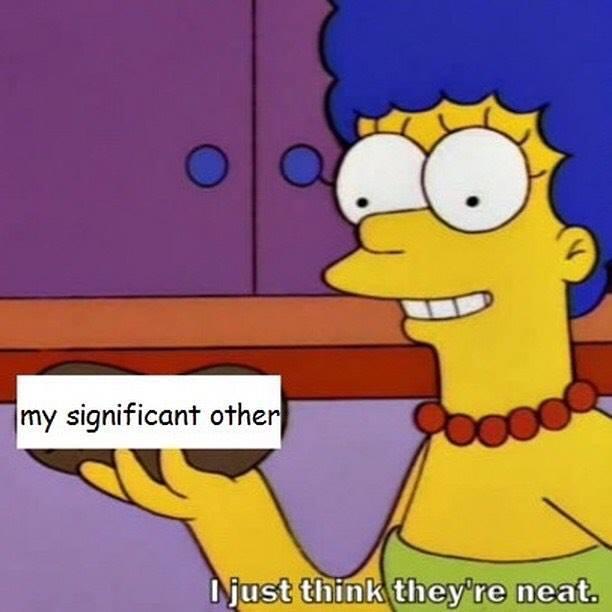