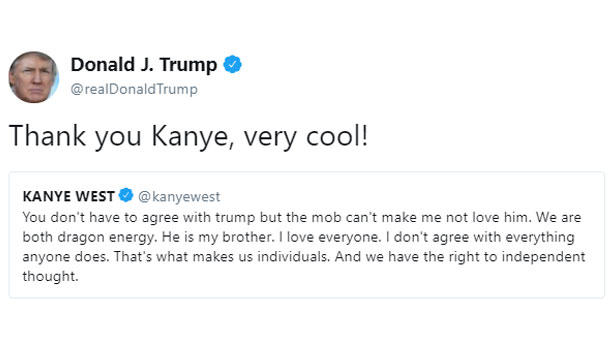 This phrase is obtained from a tweet submitted by the 45th President of the United States, Donald Trump. Donald Trump replied on Twitter with “Thank you Kanye, Very Cool!” to a tweet that was sent by West in April of 2018.

This tweet refers to Donald Trump as Kanyes “brother” and that the two of them share the same energy. Within the first 24 hours, Kanye’s tweet received over 297,000 likes and 76,500 retweets. Later that day when Trump posted his response, it received more than 321,800 likes and over 99,800 retweets.

A few days after Kanyes tweet and President Trumps response, Redditor garrett0803 photo-shopped the tweet into a parody, illustrating a hand drawn stick figure picture of him and the President. This image was re posted on Instagram and twitter. 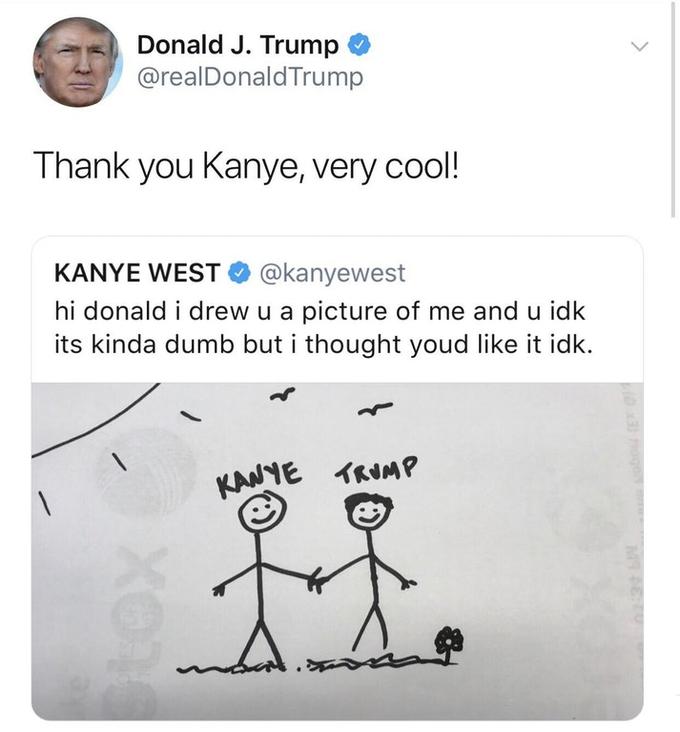 While this edited image was blowing up, users from other forms of social media made their own hilarious edits. Several news sites also published articles with the original tweet and the updated edits of the tweet.