It is still unclear exactly when this phrase began to become a popular catchphrase, but the earliest documentation online can be found in the comments of a Rule34 post. This post was submitted on January 1st, 2011, featuring an image of mixed media photoshopped on Disneys Toy Story character Woody. The famous line “This isn’t even my final form” is captioned. 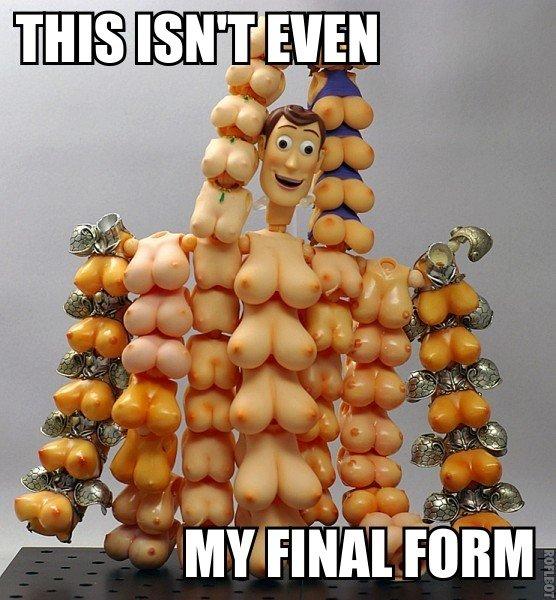 Throughout 2011 this phrase evolved as a caption for image macros showcasing oddly shaped characters. There are countless image macros using the same caption that has been continuously posted on social media platforms such as Reddit, Tumblr, and humor blogs.