On June 20th, 2017 a user on Twitter, by the name of @alaskancar1, tweeted “I spilled baked beans all over myself watching Cars 2 in theaters and a black teenager shouted ‘this nigga eating beans’ and everyone laughed.” This tweet received more than 10,000 retweets and 28,000 likes before being deleted days later.

“This nigga eating beans” is a popular catchphrase that now serves as a punchline to various jokes. 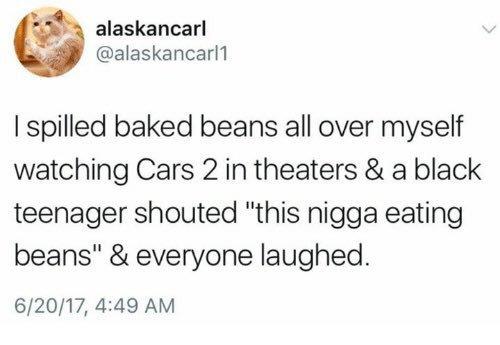 A week later, a Youtube video of Big Man Tyrone was posted, where he reads the tweet, gaining around 24,000 views in less than a year. After this tweet was posted, users began to re-post their version of the story, making some minor adjustments.

The following year, Redditor posted this image using a controversial H&M ad, with the text of this famous tweet on the model’s shirt. Since its initial posting in January of 2018, this meme received more than 3,800 points and over 45 comments. 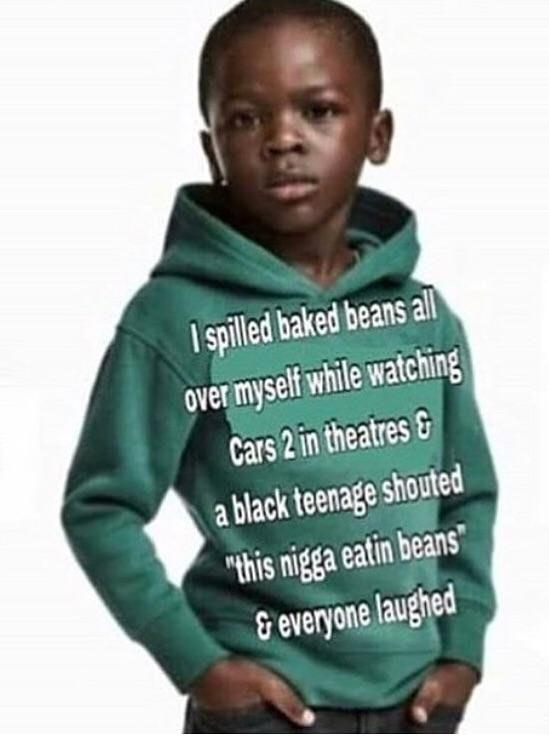