“Thunder Cross Split Attack” is the name of a popular move used by the minor character Dire, in the series Jojos Bizarre Adventure. On September 14th, 1987 The Three from a Faraway Land: Part 3 was published, where this move is used. In one part of the 38th chapter, minor character Dire attacks the main villain Dio Brando, with this move called “Thunder Cross Split Attack.” This move involved holding the opponents arms apart with a split whole protecting the body and face with crossed arms, preventing the opponent from blocking or counter-attacking.

Among the anime fans, this attack has now become a popular reference, with the move recreated and parodied.

This meme was first used on April 24th, 2017 but an unknown user. This image post was based on the scene above, and reposted by a well-known Facebook page Skull Knight’s Struggler Soiree. 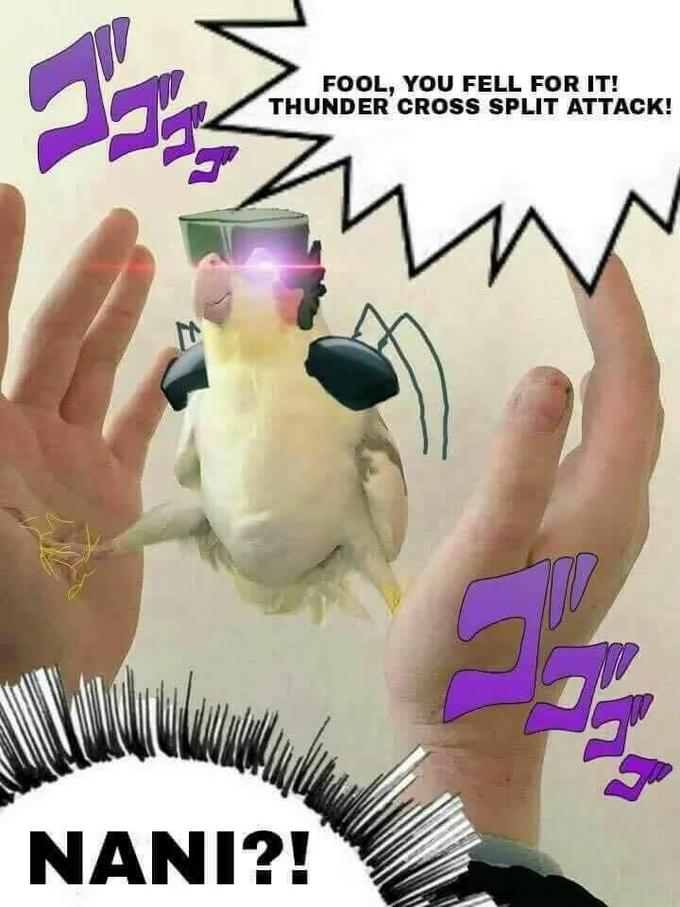