In this game, Ferdinand often repeats this phrase, in order to assert his noble status. This quote has since then been parodied by fans through multiple meme templates.

Upon this game’s release, game players began to make fun of the main characters’ attitude, especially when he speaks in the third person and uses his own name for dialogue. On August 26th, 2019 a post was made on Reddit making fun of this line and gained over 400 points. 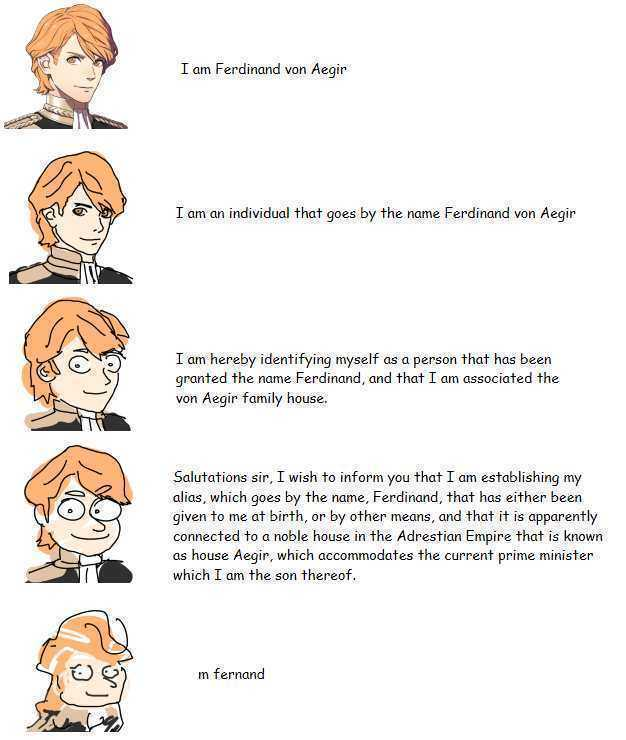 Since this posting, this phrase has become a popular subject of parodies on Youtube. A notable occurrence of this happened in August of 2019 when Youtuber mirroredpixll posted a parody of the movie The Avengers while using this quote. This posted clip gained over 22,000 views on youtube.